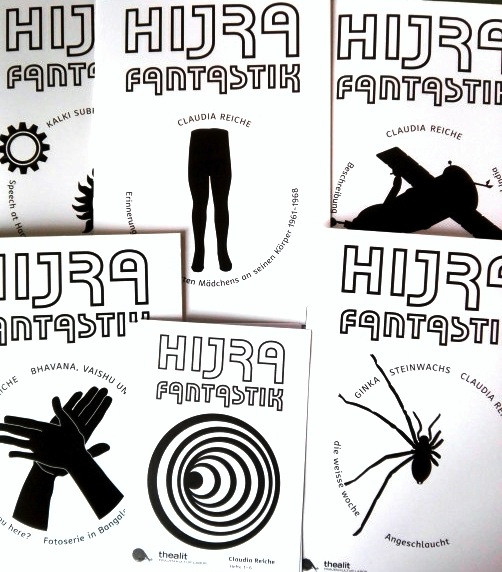 Performative City Walk
What can emerge when two strangers meet in public? And what does the city look like from the perspective of others? ›Walking: Holding‹ is a subtle, experimental tour of your city - hand in hand with strangers. Get ready for unusual perspectives, unexpected encounters and unforeseeable emotions in this one-on-one performance! It's about identity, touching and intimacy.
A cooperation with Schwankhalle Bremen and the queerfilm festival
ROSANA CADE
is a Glasgow based artist who mainly works in live performance. Her practice is rooted in a queer feminist discourse and straddles performance, live art, and activism. She is drawn to liveness as a potent site for connection with an 'other', and her work often dances between the joy and difficulty of connecting intimately with others.
She was part of the Spill National Platform and Showcase in 2013, a National Theatre of Scotland and Arches 'Auteur' in 2014, when she also received a Culture2014 commission to travel to India to make a new work. She was an artsadmin artist bursary recipient 2014/15, and artist in residence at the Marlborough Theatre in 2015. Her work has been shown extensively in UK, and she also regularly tours across Europe.
She has an ongoing collaborative practice with her life partner Eilidh MacAskill. In 2017 they were commissioned by Fierce Festival, The Marlborough and The Yard Theatre to create ‘MOOT MOOT’.
She is a co-founder of the radical performance collective //BUZZCUT// who support live art and experimental performance in Glasgow with a strong community focused ethic.
Photo: Rosie Healey
→ Program 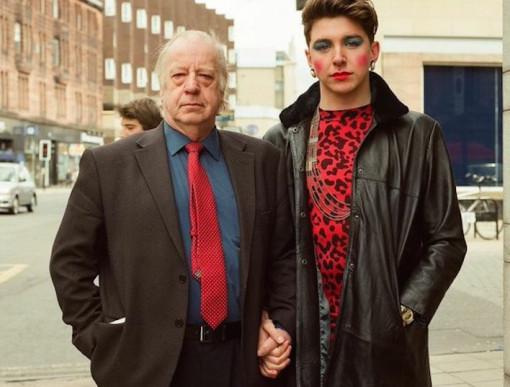 An egg sits in a bar and decides upon a pickled egg.
A potential disgust-matter sways and confronts the reality in the slit of either & or – between rejection & closeness, between lust & disgust, allegiance & exclusion, erotic & violence, mother & child, between milk & yoghurt.
A mother pickles herself a cucumber.
Swaying as a movement is existential as well as frightening. Since the doubting of two dualistic conditions could establish the relevance of the abject.
The action of rejection reveals itself as an involvement; a distancing that results from an insufferableness of inherent nearness. Abjection as feeling.
A zombie enters a hammam.
ELAF is composed of four artists, that jump around media and thematics. ELAF stands for Elburuz Fidan, Anna-Lena Völker, Ariane Litmeyer and Franziska Bauer. This assembled abbreviation conveys, that a symbiotic produced name simplifies. Out of this simplification, a many-headed hydra grows, which builds new complexes and is brought back into discussion over and over.
→ Program

Do you see me?

ASHKAN SEPAHVAND AND STUDENTS AT THE UNIVERSITY OF THE ARTS BREMEN

If you don’t see me, do I still exist? If you see me, what do you see? Do you also see what you don’t understand? Do you only see what is convenient? How do you see at all? Is it because I show? Do I show everything, or just some things? Do I explain myself, or do I let you figure it out? If I stay silent, will you misunderstand me? If I speak, will you understand me? When you see me, who do you think I am? What if I am not what you think I am? Will you be disappointed, excited, or confused? Where are you from? No, where are you really from? Are you a woman? A man? Gay? Straight? Black? White? You don’t look like it. I see this but I don’t see that. I am not this but I am that. It’s all so very complicated. Nevermind, I give up.
Students from the seminar “Topics in Queer Performativity II: Do you see me?” will present their positions on current debates around and within identity politics. Specifically, we will grapple with the politics of visibility – what does “visibility” mean for different, other, minor, and queer persons? How has it been deployed, what has it achieved, where has it failed? How are common understandings of visibility informed by a deeper history of visuality in the West – what counts as visible, what constitutes vision, and what relationship does this have to likeness, reality, or truth, even? Who is doing the looking? What happens when you are seen? How to avoid capture? Is visibility the goal, or is something else needed, something hard to see, something unseen? Readings, presentations, performances, and multimedia will be presented by the seminar participants, addressing these debates and opening them up for further discussion.
ASHKAN SEPAHVAND is an artistic researcher. His performative discourse practice engages with how knowledge-forms are sensorially translated and experienced, taking shape as publications, installations, exhibitions, and interdisciplinary collaborations. Previously, he has worked as a research fellow at the Schwules Museum*, where he curated the exhibition "Odarodle - an imaginary their_story of naturepeoples, 1535-2017," and Haus der Kulturen der Welt, where he co-edited the publication "Textures of the Anthropocene: Grain, Vapor, Ray" (The MIT Press, 2015). In 2010 he co-founded the institute for incongruous translation with Natascha Sadr Haghighian, a framework for their collaborative, long-term investigations, including "seeing studies" (2010-2012) and "Carbon Theater" (2016-ongoing). Since 2013 he organizes the technosexual reading circle, an informal platform for collective study, with gatherings, workshops, and seminars in Berlin, Beirut, and Tehran. His work and writings have been exhibited at dOCUMENTA (13), Sharjah Biennials X and 13, Gwangju Biennale 11, Ashkal Alwan, and ICA London, amongst others. He is currently a Guest Lecturer at the Hochschule für Künste Bremen. He lives and works in Berlin.
→ Program 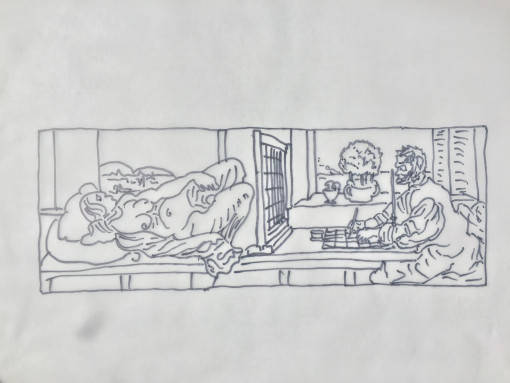 Xenofeminism: A Politics for Alienation is a manifesto written in 2015 by Laboria Cuboniks, a working group of 6 women across 5 countries. It articulates a feminism adequate to the conditions of complexity and abstraction constitutive of the early 21st century. It recognises that reorienting the systems in which we are now embedded toward broader justice, can be made possible, in part by technology, alienation and the capacity for abstraction, not despite these things. The manifesto ends with the grand claim-If Nature is unjust: Change Nature!- In this talk, Bauer will introduce XF generally, elaborate the idea of ‘nature’ and how it is understood in the project and pose questions about the relationship between human temporality, time on its own terms and the planet.
DIANN BAUER is an artist and writer based in London. She is part of the working group Laboria Cuboniks who wrote Xenofeminism: A Politics of Alienation and is a research affiliate of Autonomy Institute, an independent think-tank, focusing on the changing reality of work. She is also part of the collaborative A.S.T. whose’s focus is speculative urbanism and climate change. Bauer is currently developing a video installation with Arts at CERN for an exhibition at FACT Liverpool and CCCB Barcelona.
→ Program 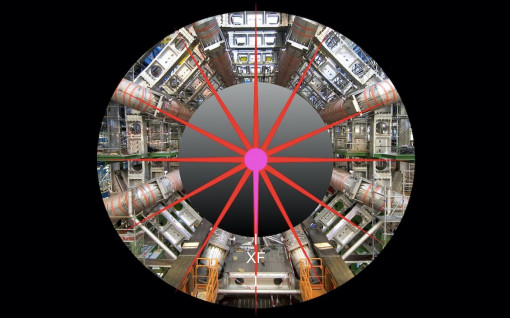 Who owns the city – not?

Death of nightclubs . Right to the city. Fight for public space.
Why the refusals of the private property owners, the opposition of the economic lobbying association and the
chamber of commerce,
the oppostition from politics, administration and city-owned companies.
What is the impact of the new rights?
2723 days of room search for a new club project provide answers.
Samples of madness meets documented solidarity.
Room installation, discussion, intervention
ZUCKER is a network of artists and cultural activists , which was located at the Zucker Club until 2012. A small group of activists was looking for new premises and implemented the charitable organization Zucker e.V. Photo: Th² Photography
Mehr von Th² Photography auf Facebook
→ Program 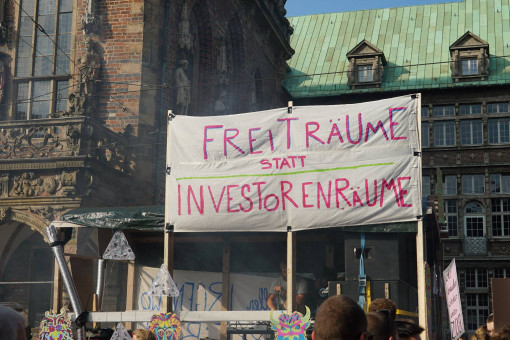 In 1927 Sigmund Freud referred to a regrettable inhibition of thoughts that since early age in the name of religion, sexual morality and demands for loyalty would be imposed on children, namely girls, to suppress intellectual curiosity and critical reflection: „Think of the depressing contrast between the radiant intelligence of a healthy child and the feeble intellectual powers of the average adult.“ (Sigmund Freud: The Future of an Illusion)
Nowadays and from quite a different point of view a recurring complaint is made by adults of allegedly having been victimized by prohibitions against thought – namely that the land suffers from being flooded by immigrants, that ‚our’ women are not safe any longer under this threat or that the number of persons having been murdered in German concentration camps should better be called irrelevant in retrospect.
In confronting these notions of what „thinking“ may signify, questions arise, that address tactics in pedagogy and propaganda, formation of myths, information warfare and pose basic questions about what freedom and truth may be.
→ Program 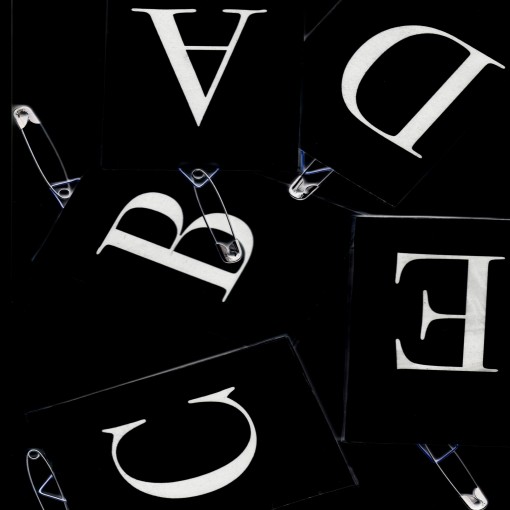 The intervention explores lines of feminist utopian thought and action that have constituted alternative spaces for free, equal and stateless forms of living together: from the 19th century Phalanstère in Paris to a present Kurdish women’s village in Rojava.
MONA MAHALL
Mona Mahall works between architecture and art, on research, exhibitions, installations, stage and set designs, as well as video-texts, concepts, and publications; these show enthusiasm for strange but open spaces, anti and rational modes of work, and fragmentary forms.
She exhibits and publishes internationally, among others at Pinakothek der Moderne, Munich (2017), the Biennale di Venezia (2012, 2014); Storefront for Art and Architecture, New York (2014, 2015); Württembergische Kunstverein Stuttgart (2015, 2018); HKW, Berlin (2012); Vancouver Art Gallery (2013); Künstlerhaus, Stuttgart (2013); New Museum, New York (2009); in e-flux journal, Volume Magazine, Perspecta, The Gradient–Walker Art Center, AArchitecture, Deutschlandfunk, etc. Mona is the author of a book on the speculative character of modern culture (How Architecture Learned to Speculate, 2009) and the co-editor of Junk Jet, an independent magazine on architecture, art, and media. She has been a professor in the architecture departments at Stuttgart State Academy of Art, Cornell University and HafenCity University Hamburg.
http://m-a-u-s-e-r.net
ASLI SERBEST
Asli Serbest (born in Istanbul) develops projects in different media to negotiate the evolving relationship between art, architecture, and media society. Her work includes temporary spaces, exhibitions, installations, stage and set designs, as well as video-texts, concepts, and publications.
She established the collective m-a-u-s-e-r (together with Mona Mahall) exhibiting and publishing internationally at the Württembergischer Kunstverein Stuttgart (2015, 2018), Pinakothek der Moderne Munich (2017), Istanbul Design Biennial (2016), Shenzhen Bi-City Biennale of Urbanism/Architecture (2015), Art Center Los Angeles (2015), Storefront for Art and Architecture New York (2014, 2015, 2016), Biennale di Venezia (2012, 2014), Sinop Biennial (2014), Vancouver Art Gallery (2013), Künstlerhaus Stuttgart (2013), HKW Berlin (2012), New Museum New York (2009) and other venues; in E-Flux journal, Volume Magazine, Perspecta, The Gradient: Walker Art Center, AArchitecture, Deutschlandfunk, and other online and offline publications.
She is the editor of Junk Jet (since 2007), an independent magazine on art, architecture, and media. Asli Serbest is a professor of Temporary Spaces at the University of the Arts Bremen.
http://m-a-u-s-e-r.net
→ Program 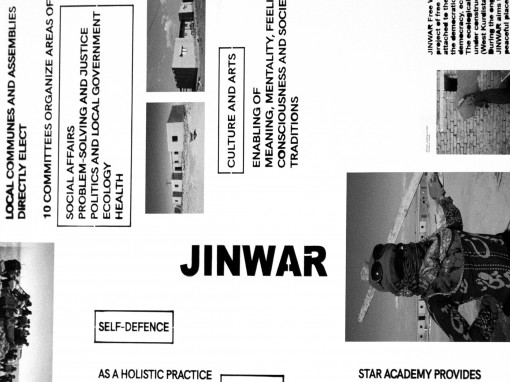 Writing-Performing-Reading Manifestos
Manifestos make statements. Manifestos make assertions in academic contexts where statements can not be posed without reservations. Manifestos create rules in places that commonly do not require specific laws. That is how manifestos have framed the activities of whole groups of artists, scientists or activists. Manifestos are like algorithms. In the digital wilderness, they ask for a standardization. To be able to function. With discrete concepts they envision an upheaval quite often. The spirit of the many — they unify it — even if they can’t help it — in the application.
We will write our own (artistic) manifestos and perform manifestos.
Part of the ongoing project: manifestos.de 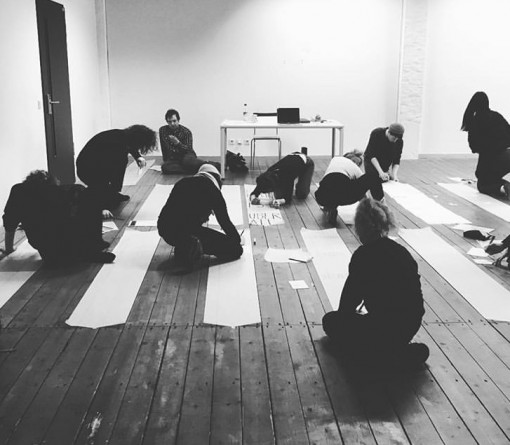