ХУАНА | XYANA is a multimedia artist and designer. At the moment she is pursuing a master’s degree in the University of the Arts Bremen. Originally she comes from Belarus.

As a part of her commercial practice she has been freelancing as a graphic, motion and UI designer, having originally received a bachelor’s degree in Design and Multimedia. She has participated in number of film festivals as a curator and creative director.

Presently, she is pursuing her personal artistic practice. Her main focus is experimental interfaces and interfacing as an act between human and non-human bodies and objects. She is also interested in labour/feminism/ecology and the post-Soviet context.

In her works she utilises different software, hardware, programming languages and technology such as machine learning, Arduino and custom electronic boards. These are used alongside conventional design tools, photography and video.

FROM PUNK TO PROGRAMMER (working title)

This is a project about the Belarusian punk scene from 2010-2020.
Photos taken by XYANA and texts by a range of writers document the history of the punk movement in Belarus, which was tightly connected to the state project of creating an “IT country”.

Basically, during this time, all the punks became programmers in IT sector, as there were few other choices for making a living and they could "stay punk" with the liberal rules of the IT companies.

In a way, punks were the most repressed subculture starting from 2009, when President Lukashenko again won re-election. Most of the events organised by the community were visited by the regular police and even the OMON special police force, because they were legal meeting points for activists and there was a perception that the counterculture could grow into political opposition.

The project will be a research of the parallels between the boom of the IT companies and the decline of the punk movement. Also, the place for a lot of the parties were abandoned buildings in Minsk's Uručča neighbourhood, which very soon were turned into the High Technology Park — the hub of Belarusian IT.

from punk to programmer

On 24th of October at 19:00 (Berlin time) I invite you to participate in a virtual excursion around the Minsk High Technology Park, which was previously a place with abandoned buildings where illegal concerts and parties were held.

We will look at the history and modern incarnation of this place and through it try to make a deep dive together into Minsk's atmosphere. To get a sense of the space, we will walk around via a video excursion.

Afterwards, XYANA will hold a live interview with Uladzimir R. He was part of the Minsk punk scene starting from 2010, and is familiar with the area of the High Technology Park in both its abandoned state and as it is now. He currently works as a programmer in Berlin.

It will be possible to ask questions to both XYANA and Uladzimir R. via chat on Twitch at https://www.twitch.tv/xyanaxyz

Here you can find a full recording of the event: 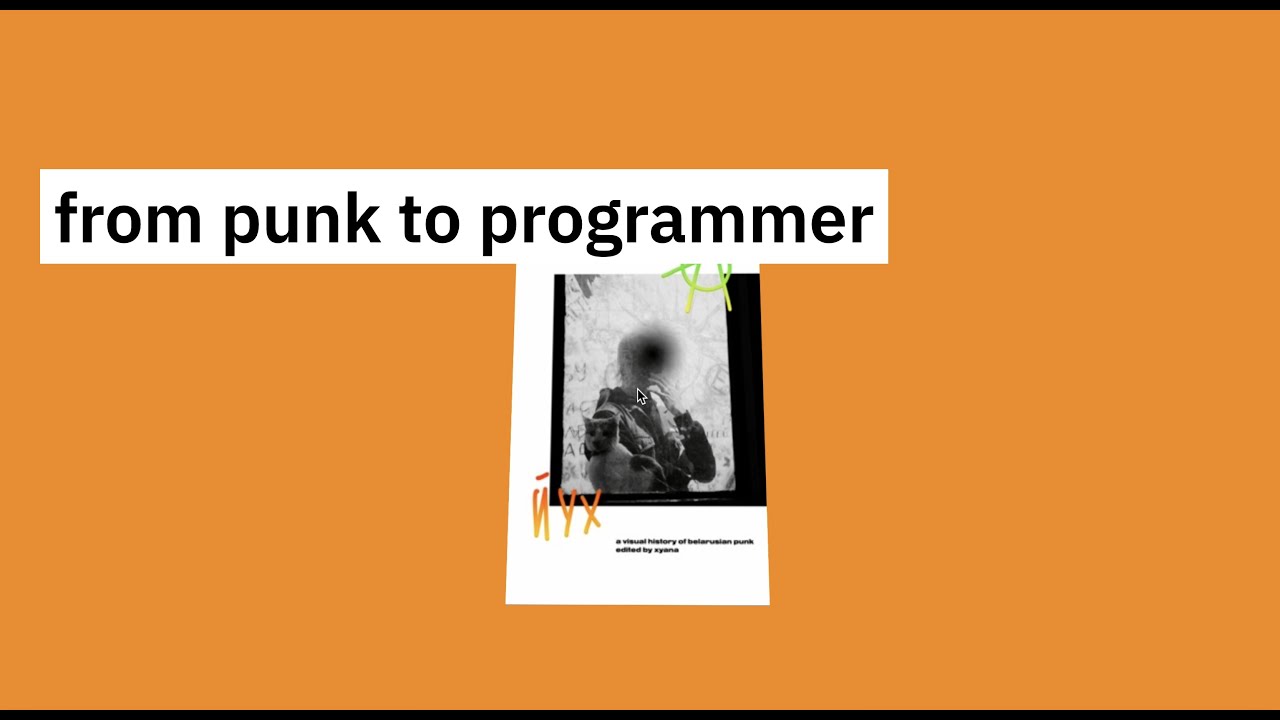